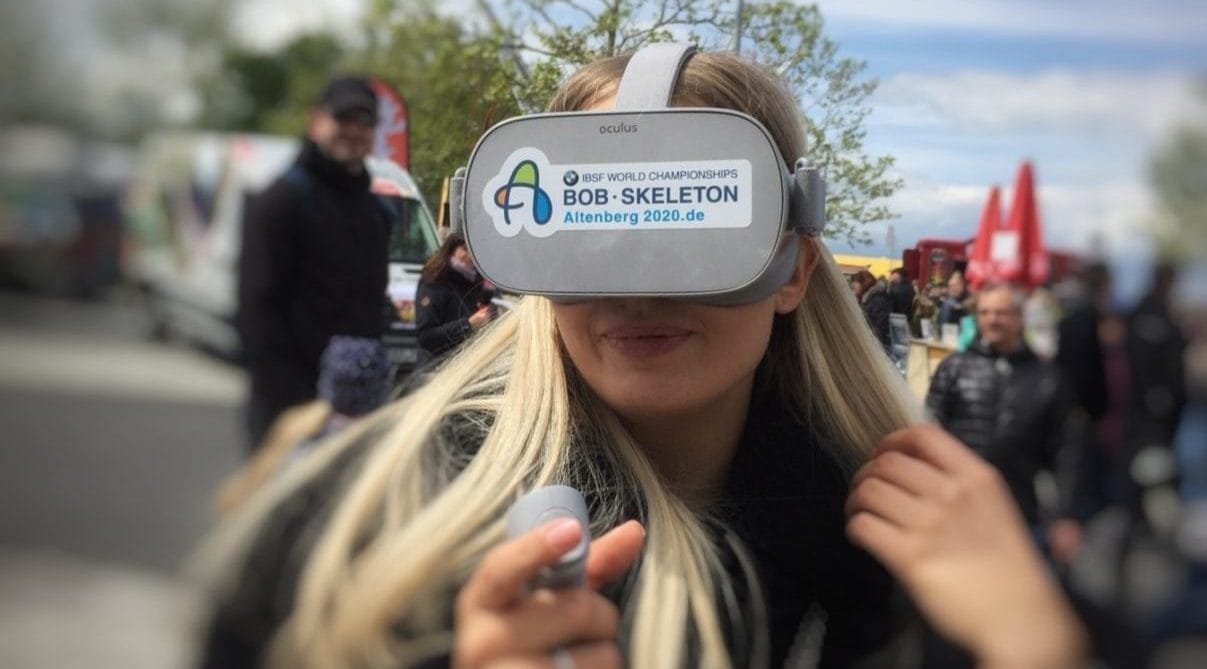 The year 2019 is very much in the spirit of World Cup communication. The World Cup organisers were already represented at various events and were busy advertising.

At the official start of the hiking season in Altenberg and the Maifest in Possendorf, the upcoming World Championships in Bobsand & Skeleton as well as at various events were held on 1 May together with the RRC Altenberg, SC Oberbärenburg and BSC Sachsen Oberbärenburg. of the district and in Saxony.

There was a lot going on again on May 5th at the airport festival in Dresden. Many visitors were very interested in the upcoming events on the ENSO ice channel. With Nico Walther, this time there was an expert who was able to show the children at the bobsleigh start track how bobsleighing works properly. By the way, the adults experienced the bobsleigh ride virtually with a 360° glasses. Quite a few made this „ride“ taste for a real guest bob ride in the coming winter.

The next action took place at the festival „Glashütter ErlebnisZEIT“ on 18. and 19 May with the toboggan start track of the RRC Altenberg.

Other highlights include participation in the Open Government Quarter Day in Dresden on 16 June, the narrow-gauge railway festival in Freital from 13. to 14 July, the Dresden City Festival from 16 to 18 August and participation in the Day of Saxony in Riesa on 8 September 2019. Also the successful Saxon skid athletes, such as World Cup ambassador Francesco Friedrich, are great advertising media, who classify their home World Cup as an Olympic participation.